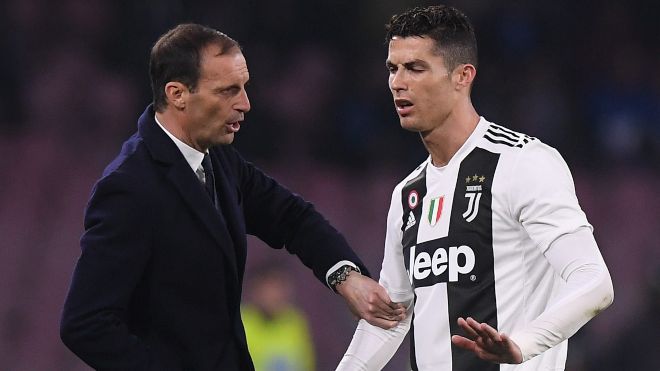 Cristiano Ronaldo is once again at the centre of transfer rumours this summer. The Portuguese international is linked with a move away from Juventus after spending three seasons at the Italian club.

Ronaldo has been linked with a return to his former clubs Real Madrid CF and Manchester United along with Paris Saint-Germain also interested. However, those have been dismissed with Ronaldo set to stay for another season.

Amidst all this manager Massimiliano Allegri has said that Cristiano Ronaldo will have to step up and take more responsibility next season. Ronaldo scored 36 goals in 44 appearances for Juventus last season.

“Ronaldo’s a great player and a smart guy. I spoke to him yesterday as I did with the others. I told him that this is an important season and that I happy to meet him again, now he has more responsibility, because three years ago we had a more experienced team, while now there are younger players,” said Allegri.

“I expect a lot more from him in terms of responsibility, he is in good condition and he is fit. There are different moments in a season, playing one game every three days I’ll need to rotate the team, involving all the players. I imagine the players’ management wasn’t easy during the last year and a half,” Allegri added.