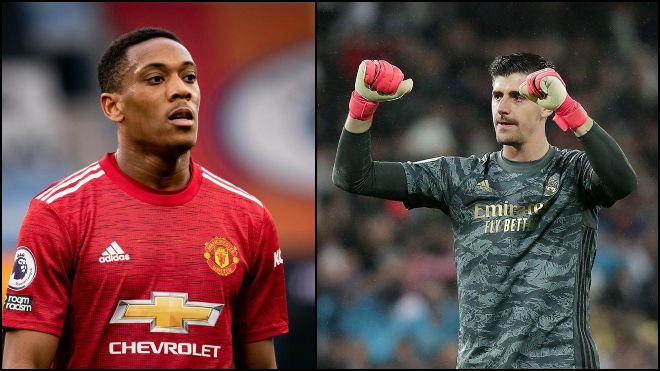 Belgium and Real Madrid CF goalkeeper Thibaut Courtois has joked about Manchester United striker Anthony Martial not being a star player. The goalkeeper in a press conference doubted the French international’s quality.

When Thibaut Courtois was asked about the big players who had missed out in this year’s UEFA Euros 2020, he could only name former club captain Sergio Ramos. When his teammate Jan Vertonghen talked about Anthony Martial he laughed it off.

“Name three star players who will not compete in [the Euros],” asked Jan Vertonghen.

“Sergio Ramos … umm … umm…” replied Courtois, unable to give any other names.

“Martial?” Courtois asked. “He is a star player?”

Thibaut Courtois has previously come up against Anthony Martial during his stay in West London with Chelsea. At the Blues, Thibaut Courtois won the Premier League twice along with the Carabao Cup.