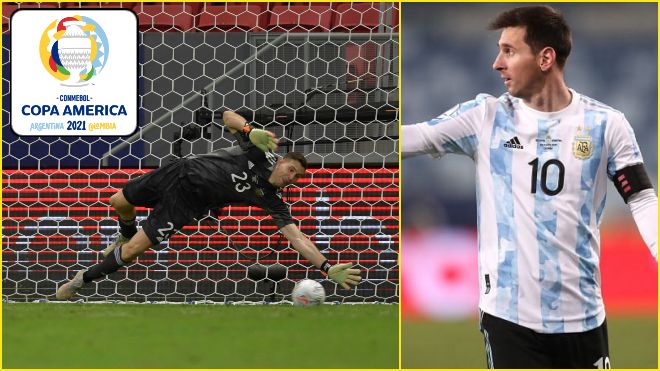 Argentina defeated Colombia in the semifinals of the Copa America 2021 on penalties to progress through to the final. After the match ended at 1-1 in regular playing time, Argentina won 3-2 in the penalties.

Lionel Messi got eight assists of the tournament as he put it on a plate for striker Lautaro Martinez who opened up the scoring for Argentina. However, Columbia scored through Luis Diaz in the second half who made a lovely solo effort to squeeze the ball from a tight angle.

Down to penalties, it went and Emiliano Martinez really came to the forefront. With his high levels of confidence and ability to disturb his opponents with trash talk, he was on fire. Three crucial athletic saves to deny Colombia any breathing space.

Captain Lionel Messi was full of praise for Emiliano Martinez. Messi himself scored the first penalty for Argentina in the shootout. Emiliano Martinez denied Davidson Sanchez and Yerry Mina with two flying saves.

“We have Emi, who is a phenomenon,” said Messi.

“We trusted him. We achieved the goal of being able to play all the games and now we are going to the final,” he added.

“We are very happy with Emiliano’s performance, not only because of the penalties but also because of the security that he is transmitting,” said head coach Lionel Scaloni.

“The group of defenders is permanently supported and we like that,” he said.