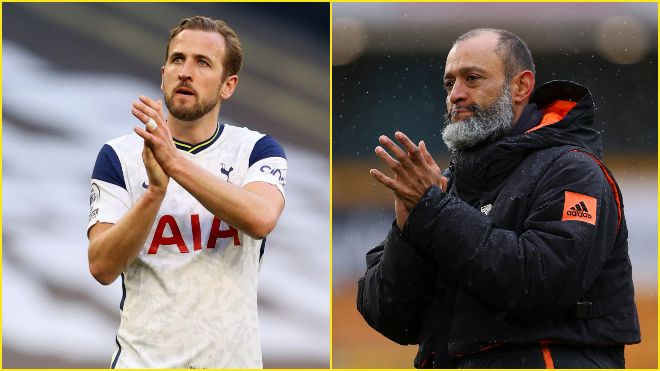 Tottenham Hotspur’s new manager Nuno Espirito Santo has reiterated that striker Harry Kane will be staying and won’t be going anywhere this summer. Kane has been linked heavily with Manchester City after he expressed his wish to leave.

Harry Kane and England recently suffered the pain of losing in the final of the UEFA Euro 2020 and is currently on holiday. Nuno expects Harry Kane to return to training with Spurs rather than head out somewhere else.

Pep Guardiola has made it absolutely no secret that they are looking at Harry Kane this transfer window and are ready to bid £100 million for the star man. Moreover, they’re also looking at similar prices for Jack Grealish.

In addition, Brazilian striker Gabriel Jesus is also being linked with a move out with Juventus interested. This could indicate the fact that Manchester City are trying to make room for Harry Kane.

“Harry is our player. Period. No need to talk about anything else, I am looking forward to him joining the group. Harry is one of the best players in the world. That is all I need to say,” said Santo.

“What I wish is for Harry to recover well, to have a good rest and when he arrives he will feel that every one of us needs to commit themselves to becoming better. We are very ambitious people. We want to do it well. We count on Harry on that,” he added.