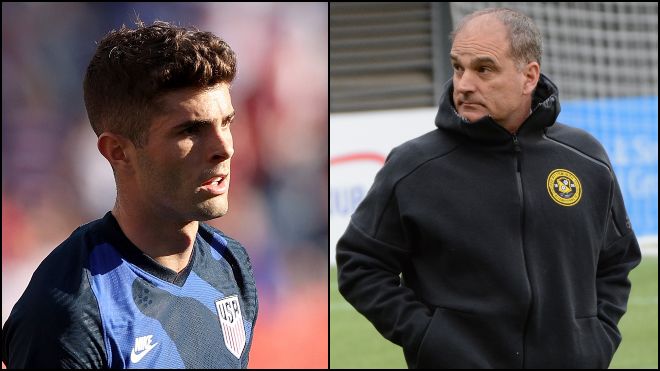 Chelsea star and United States national team player Christian Pulisic is recently in the news for all the wrong reasons. The winger has been subjected to online abuse after a video he posted on Instagram made the rounds.

Christian Pulisic recently posted a video online that was taken in bad taste by many. Pulisic is out on holiday and was seen fishing with his friends. In the video, Pulisic can be seen trying to juggle a ball over an endangered fish the goliath grouper.

The goliath grouper is a giant saltwater fish most commonly found in waters off the eastern coast of the Americas. Unable to balance himself Pulisic fell onto the rare fish and has been criticised by environmental activists.

An activist group called the Blue Planet Society who’s working on ending the abuse of marine life tweeted the video with the caption, “Abusing a threatened goliath grouper for a social media video is a new low.”

“What hurts him more is the cancel culture. If he wants to post something on the internet, and idiots are hiding behind computers. People are just waiting to hate because of their jealousy. That bothers him a lot more,” said Mark Pulisic.

“Whether it is regarding guns or regarding going fishing and having a hook in a fish’s mouth. He didn’t even realise it but he is just trying to have a good time,” he added.

“It’s the most ridiculous thing. Christian is such an animal lover. He has horses, he doesn’t want to see animals hurt. Unfortunately, he has got death threats regarding it and it’s got to the point,” he said.