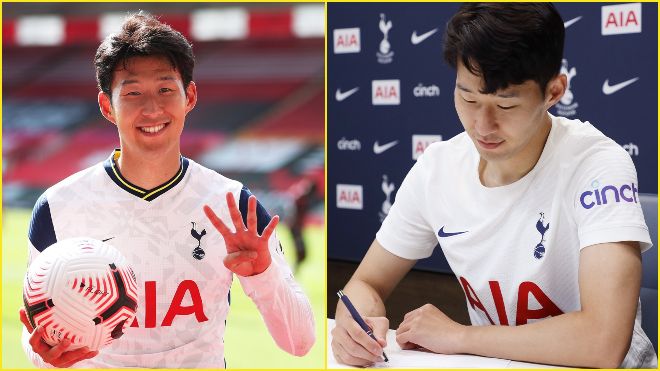 Tottenham Hotspur star Heung-Min Son has today signed a new contract with the club. This will allow the South Korean international to stay at the club till 2025. Spurs announced the contract extension ok their Twitter platform.

Heung-Min Son is one of the biggest stars at Tottenham Hotspur and in the Premier League as well. With the departure of Harry Kane imminent, Son will be the star of the London club now.

Heung-Min Son came to Tottenham Hotspur in the year 2015 from German club Bayer Leverkusen. So far in 260 games for Spurs, he has managed to score 107 goals along with 64 assists.

Son is a gifted winger who has incredible pace and shooting skills. In the 2019 season, he scored a solo goal from the halfway line dribbling all the way which won the Best goal in the Premier League as well as the Puskas Award.

“It was already a big honour to play here for six years, the club have showed me massive, massive respect and obviously I’m very happy to be here,” said Son.

“It’s like home, especially with the fans, the players, the staff. There was no decision. It was easy. I’m so happy to be here and will be so glad to see the fans again soon,” he added.

“We are pleased to have agreed a new long-term contract with Son as we move towards the start of a new season and a new chapter for the club with Nuno Espirito Sant,” said managing director Fabio Paratici.

“Everyone can see the real positive impact he has on the club, both on and off the field, and we are delighted that he will play a part in what we are trying to achieve in the coming years,” he said.