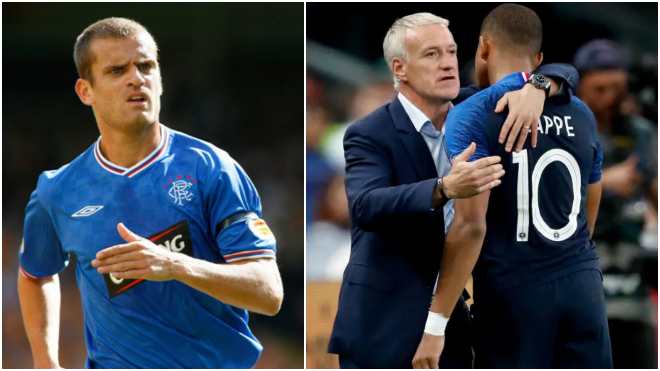 His goes off the field too: Jerome Rothen believes Didier Deschamps will find it difficult to manage Kylian Mbappe

Kylian Mbappe is rapidly rising in the sphere of global football. He is currently one of the most naturally talented footballers in the world and has the potential to become the very best. However, his ego can come in the way of success believes a former Les Bleus striker.

At just 22 years Kylian Mbappe has already got a host of accolades to his name. The prodigy has won the World Cup with his country and four Ligue 1 titles along with several personal achievements.

Just last month Kylian Mbappe had a dressing room conflict with senior player Olivier Giroud. It was reported that even after such an experienced player like Giroud apologised to Kylian Mbappe for his mistake, he still did not talk to him.

This is extremely disrespectful and did not go down well with some fans. According to former French striker Jerome Rothen, it will turn out to be a problem for manager Didier Deschamps who will find it difficult to manage the player.

“That he is the leader on the pitch, no problem… that it [his ego] goes off the field too, that bothers me. I think Didier Deschamps can no longer manage it and it is problematic. It is even surprising that he lets Kylian Mbappe do so many things,” Rothen said.

“It can be seen in his performances on the pitch. Today, we cannot say that Kylian Mbappe has had a successful Euros. Is he in the right frame of mind like he was at PSG throughout the end of the season? I would say no,” he said.

“We expect much better from Kylian Mbappe. Everyone thinks that Mbappe is one of the best players in Europe. But if you immediately put him in the category of the very best, you cannot be satisfied,” he added.