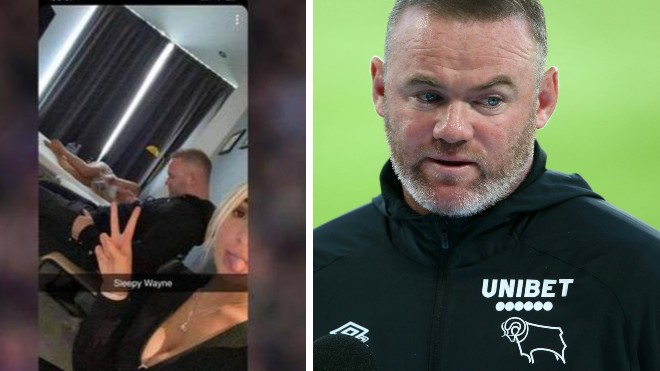 I am sorry: Wayne Rooney apologies to family and wife after controversial pictures get leaked

Derby County manager Wayne Rooney has issued an apology to family and friends after a controversial picture was released. The former Manchester United legend has come out in public and offered a heartfelt apology.

Wayne Rooney was pictured in a hotel room with young girls surrounding him. The pictures are of a private party that shows Wayne Rooney and his friend who are both drunk, surrounded by a group of women.

Rooney has since then come out in public to talk about the issue. Derby defeated Spanish club Real Betis in a pre-season friendly and Rooney talked after that.

“I made a mistake,” Rooney told Sky Sports.

“I went to a private party with two of my friends and, from me, I’d like to apologize to my family and the club for the images which were going round and I want to move forward on this,” he added.

“I’m looking forward to moving forward and preparing for another game on Sunday,” he added.

“I’m grateful to Derby County for giving me this opportunity to get this club back to where it belongs, and I’ll do everything in my power to make sure I do that,” he said.

Cheshire police have also said there has been a blackmail attempt regarding the leaked images. However, they confirmed they will not be taking action against it.