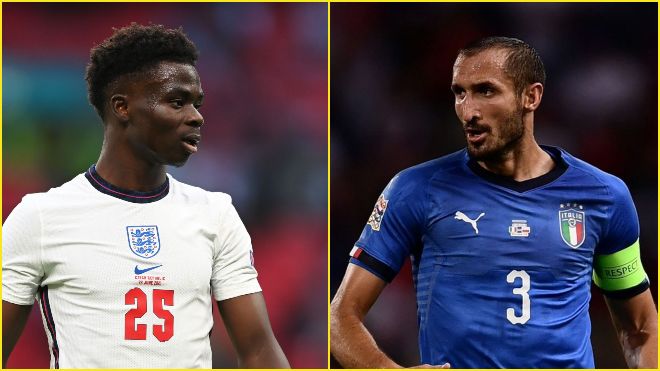 I cursed him: Giorgio Chiellini reveals what he said to Bukayo Saka in the Euros final

Italy defeated England on penalties in the UEFA Euro final on Sunday night. The Italians won 3-2 on penalties after the match ended 1-1 in extra time. Luke Shaw scored for England whereas Leonardo Bonucci found the net for Italy.

English youngster Bukayo Saka missed the crucial penalty which was saved by goalkeeper Gianluigi Donnarumma. However it has now been revealed by Italian defender Giorgio Chiellini that the latter cursed the youngster before the penalty was taken.

Giorgio Chiellini says that he shouted the word – Kiricocho! This is a unlucky word which has been used by generations in football to wish bad luck on your opposition. “Hello Christian, I confirm everything! Kiricocho!” Chiellini has said.

What’s the story behind Kirikocho

During the 1980’s, there was a guy Juan Carlos Kiricocho. He was a hard-core fan of Argentine football club Estudiantes de la Plata. However everytime he would attend the training sessions, some players would get injured.

Coach Bilardo used this tactic to their favour. He sent Kirikocho to the opposition’s camp to injure their players instead.

“Kiricocho was a kid from La Plata who was always with us, and since that year we were champions [in 1982], we adopted him as our mascot,” Bilardo once said.

“He was a good kid but then I didn’t see him again. The last time I was coaching Estudiantes [in 2003-04] I asked after him and nobody knew anything,” he added.