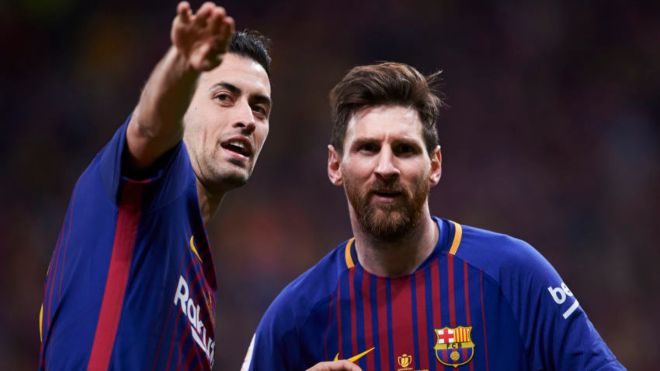 A long time friend and colleague of Lionel Messi, Sergio Busquets is desperate to see the former sign a new contract with FC Barcelona. The defensive midfielder has made it very clear that he wants the Argentine great to stay with his boyhood club.

There’s has been a lot of discussion about Lionel Messi’s future at FC Barcelona. Many believe that one of the greatest footballers of all time should look ahead to another challenge. Whereas some on the other hand can’t handle the thought of Leo Messi outside of the Blaugranas.

With the incoming of new FC Barcelona president Joan Laporta, there is renewed confidence amidst the Barcelona faithful that Leo Messi might be tempted to stay. Moreover, with the arrival of fellow Argentine Sergio Aguero from Manchester City, the chances are higher.

“Hopefully we will continue to play together next year. Let’s see if he renews,” said Sergio Busquets when quizzed on Messi’s contract situation.

“Yes, the European Championship is the last one for me, but the World Cup I don’t know. If Luis Enrique asks me to go to the World Cup, will I say no? I don’t know, we’ll see,” said Busquets about his time left with the Spain national team.

“Yes, I think I’m going to try. It’s not easy, you have to be worth it, you have to know how to reach the players, but I’d like to try,” he said when asked whether he would become a coach.