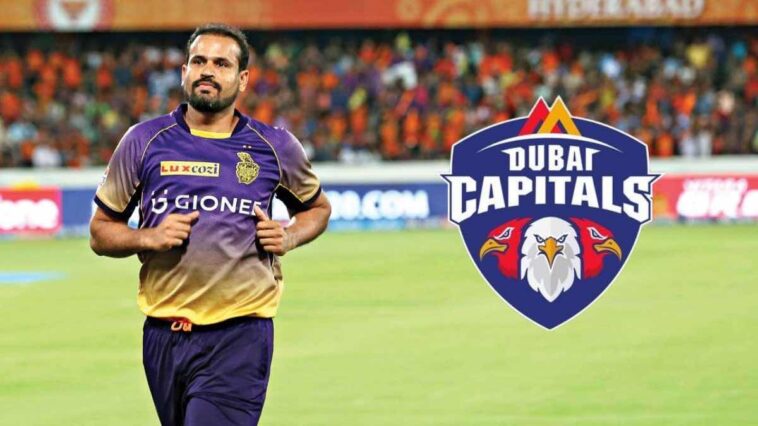 Pathan, who retired from international cricket and also the Indian Premier League in February 2021, was included in the squad as per the rule change.

According to the news recruitment rules, ILT20 have increased the squad size from 18 years to 25 players announced earlier, thus allowing the franchises to take up extra players.

Dubai Capitals have also roped in Robin Uthappa, the first Indian to sign for the T20 League in UAE. Like Pathan, Uthappa too has retired from all forms of Indian cricket. The BCCI does not allow their central and state-contracted players to play in any foreign T20 Leagues.

The signing of the 42-year-old Pathan, who was part of the Indian teams that won the 2007 T20 World Cup and the 2011 ODI World Cup, was announced on social media.

After quitting international cricket and IPL in 2021, Pathan has been involved with the Legends League Cricket and finished the recently concluded 2022 edition as the second-highest run-scorer. Representing the Bhilwara Kings, Pathan totalled 184 runs in 7 games at an average of 30.66, with the highest score of 48.

“I am elated to join the Dubai Capitals. I would like to thank GMR Group for believing in me. I am looking forward to an amazing ILT20 season where we will try our best to win the inaugural edition of this grand T20 League,” Yusuf Pathan said in a video released by Dubai Capitals on Twitter.

Dubai Capitals, which is the sister franchise of IPL side Delhi Capitals had made some notable signings like Rovman Powell (West Indies), Dasun Shanaka (Sri Lanka), Hazratullah Zazai (Afghanistan), Mujeeb Ur Rahman (Afghanistan) among others.

A total of six teams will participate in the inaugural edition of the tournament, which will be a 34-match event. Each team will be playing the others twice in the league, followed by four playoff matches.