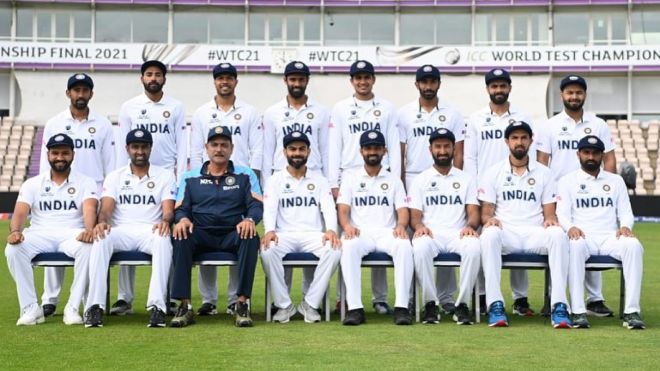 India will lock their horns against the defending champions New Zealand, Sri Lanka, and Australia in-home and will play abroad in England, South Africa, and Bangladesh in the second season of the ICC World Test Championship.

Team India’s first assignment in the second season will be against England in England. The 5-match Test series will start from August 4. The reports from ESPNcricinfo suggest that like the last cycle, This new season is also expected to start from August. Only India-England and The Ashes will have 5 match fixtures in the second cycle, the rest are 2 match series.

The Border-Gavaskar Trophy 2022 in India will have 4 match test series. There are seven three-match series and 13 series comprising 2 matches. There are several changes made in the rules of WTC 2, according to the reports.

The very complex system of rewarding 120 points per series irrespective of the number of matches involved created a lot of chaos in the system. So, ICC is planning to remove this point system where 60 points for 2 matches, 40 points for 3 matches, 30 for 4 matches, and 24 points for 5 matches were rewarded respectively if a team wins. The new system will give 12 points if a team wins irrespective of the number of test matches in the series. A draw will fetch 4 points and a tie will give 6 points to both teams

The positions in the points table will be calculated based on the percentage of points system. The same rule was introduced when the pandemic hit and cancelled many series in the last season. But this time there is a slight change, the teams will be ranked based on the percentage of points calculated based on the number of matches played. England will play the most number of matches, that is 21 matches which means they can fetch 252 points if they win all.

He also added, “Teams will be ranked on the percentage of available points they won from the matches they have played. The aim was to try and simplify the points system and to allow teams to be meaningfully compared on the table at any.”

The nine Test-playing nations will once again compete for this new cycle of two years. The final will be held in the year 2023.