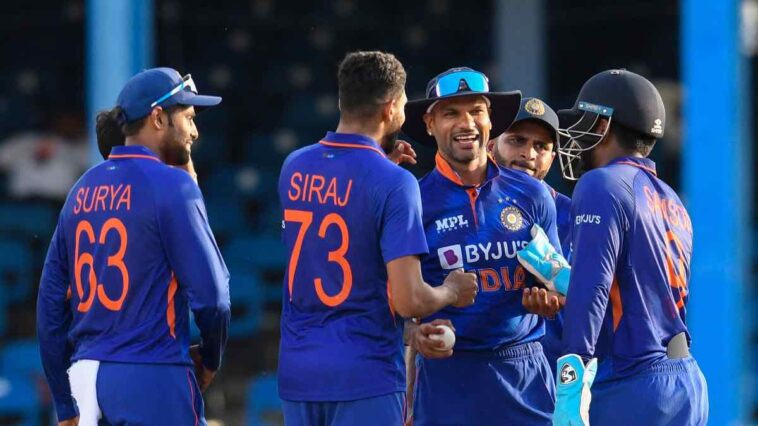 The Board of Control for Cricket in India (BCCI) on Saturday announced the squad for the three-match ODI series against Zimbabwe. Shikhar Dhawan, who recently led India to a 3-0 clean sweep in West Indies has once again been named as the skipper of the side in the absence of Rohit Sharma, who has been rested.

Washington Sundar, Kuldeep Yadav and Deepak Chahar are the three new names in the 15-member squad from the one that recently played against West Indies.

The star batsman, Rahul Tripathi has received his maiden India call-up in the Indian ODI team for his impressive outing in IPL 2022. Tripathi was named in India’s T20 squad for the Ireland tour and first T20 against England earlier but he didn’t play a single match for the national team.

Suryakumar Yadav, Ravindra Jadeja, Yuzvendra Chahal and Arshdeep Singh who played the ODI series against West Indies, weren’t included in the squad that will travel to Zimbabwe.

The three-match ODI series of the India Tour of Zimbabwe 2022 will be played on August 18, August 20 and August 22. All three games will be played at the Harare Sports Club. Also, the series will be part of the ICC Men’s Cricket World Cup Super League.