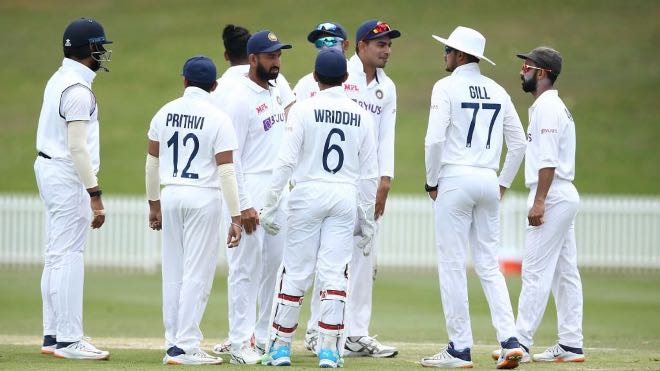 India announced their playing XI for the first Test against Australia starting Thursday in Adelaide. Prithvi Shaw to open along with Mayank Agarwal and Wriddhiman Saha has been picked ahead of Rishabh Pant as the wicket-keeper.

The Board of Control for Cricket in India (BCCI) tweeted out the playing XI that “UPDATE: Here’s #TeamIndia’s playing XI for the first Border-Gavaskar Test against Australia starting tomorrow in Adelaide. #AUSvIND.”

Prithvi Shaw getting the nod ahead of Shubman Gill, who hit a half-century in the pink-ball warm-up match has to wait for his Test debut.

India have gone with Wriddhiman Saha as wicket-keeper, leaving KL Rahul and Rishabh Pant on the bench. Pant was left out despite getting a quickfire century in the pink ball warm-up game against Australia A.

In the bowling department, India have gone with experience on the bowling front with the pace trio of Umesh Yadav, Mohammed Shami and Jasprit Bumrah and Ravichandran Ashwin the only specialist spinner.