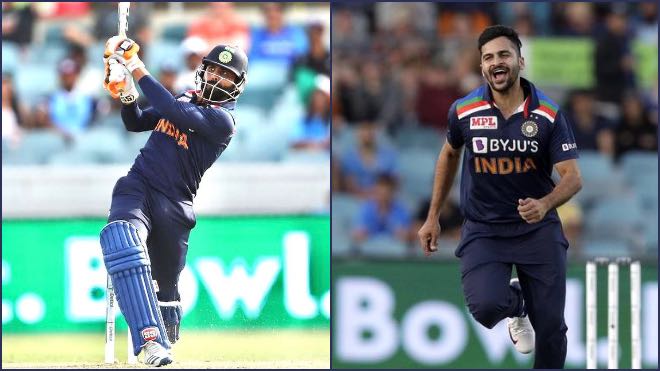 Ravindra Jadeja has been ruled of the remaining two T20I matches against Australia. Shardul Thakur has been added by the All-India Senior Selection Committee as his replacement to India’s T20I squad.

Ravindra Jadeja sustained a concussion after being hit on the left side of his forehead in the final over of the first innings of the first T20I against Australia in Canberra on December 4, 2020.

“The diagnosis was confirmed based on a clinical assessment in the dressing room during the innings break by the BCCI Medical Team. Jadeja remains under observation and will be taken for further scans if required based on the assessment on Saturday morning. He will not take any further part in the ongoing T20I series,” BCCI said in a statement.

India won the first T20I against Australia at Canberra by 11 runs. Yuzvendra Chahal was the Man of the Match for 3 wickets for 25 runs, who replacement for Ravindra Jadeja as concussion substitute in the match.