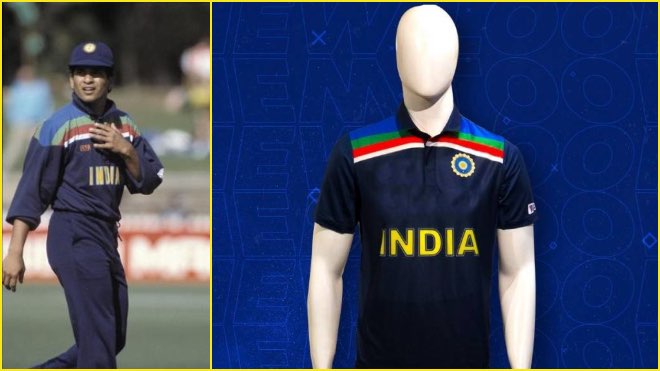 Indian cricket team are reportedly set to don a new jersey in the upcoming limited-overs series against Australia. The new jersey will be retro theme jersey, based and inspired by the 1992 World Cup.

As per a report in Outlook, the Men in Blue will be wearing the new ‘retro’ jerseys in all the 6 limited-overs matches (3 T20Is and 3 ODIs). The ‘retro’ themed jersey is expected to be a lot similar to the 1992 strip that the Indian team wore.

The Indian squad has already reached on Thursday Australia in customised PPE kits and masks. Team India is currently under quarantine at the Pulman Hotel in Sydney.

The new shirts will also have the name of BCCI’s new kit sponsors, MPL Sports. In October, the BCCI signed a three-year deal to the tune of Rs 120 crore with MPL as they replaced Nike as India’s new kit sponsors.