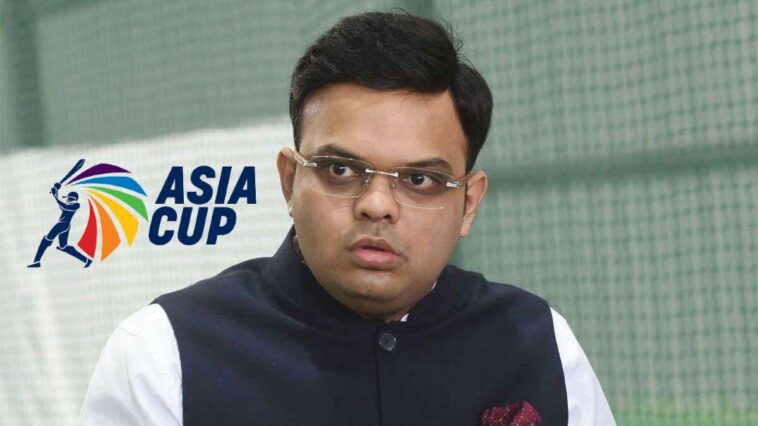 India will not travel to Pakistan for Asia Cup 2023; will be played at neutral venue, confirms BCCI secretary Jay Shah

BCCI secretary and Asian Cricket Council (ACC) chairman Jay Shah has confirmed that the Indian cricket team will not travel to Pakistan for the Asia Cup 2023 and will be played at a neutral venue.

Hosting rights for the Asia Cup 2023 and ICC Champions Trophy 2025 have been given to Pakistan. This will be only the second time after 2008 that Pakistan is set to host the Asia Cup tournament.

India last travelled to Pakistan for a bilateral series in 2005-06 and has not played any bilateral cricket since 2012-13. However, India did travel to Pakistan in 2008 to compete in the Asia Cup.

The 2022 edition of the Asia Cup, originally allotted to Sri Lanka, was held in the UAE after an economic and political crisis engulfed Sri Lanka. Asia Cup 2018 which was supposed to be played in India, was held in UAE due to tension between the two countries.

“The Asia Cup 2023 will be held at a neutral venue. I am saying this as ACC President. We [India] can’t go there [to Pakistan], they can’t come here. In the past also, the Asia Cup has been played at a neutral venue,” Shah said after the 91st BCCI annual general meeting in Mumbai, in the presence of newly elected Board president Roger Binny.

“The venue for the 2025 Championship trophy is still to be decided, we will comment on that when it is decided. We are getting good earnings from our Media rights. Our motive is domestic players should get more benefits as our earnings are increasing,” he added.