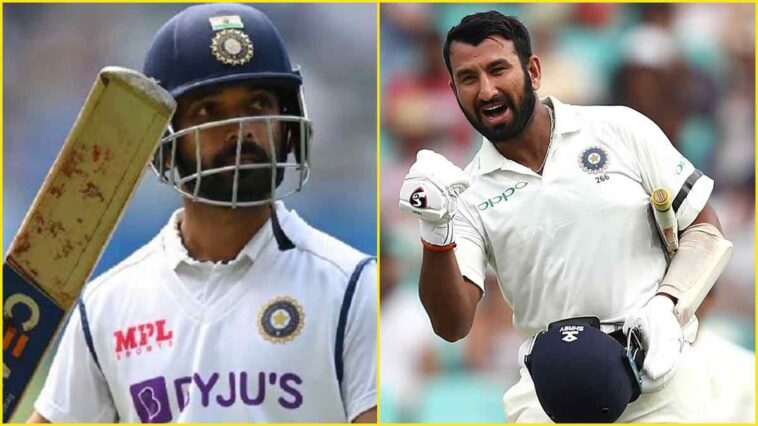 India's squad for the 5th Test at Edgbaston against England announced; Pujara returns, Rahane ruled out with injury

The Board for Control of Cricket in India (BCCI) on Sunday announced India’s 17-member Test squad for the fifth rescheduled Test against England to be played at Edgbaston, Birmingham from July 1-5. India currently leads the Test series 2-1. Also, India will be playing the T20I and ODI series on the same tour.

Cheteshwar Pujara, who got dropped from the Indian squad ahead of the Test series against Sri Lanka at home after his poor run with the bat for an extended period, has returned to India’s squad.

Pujara’s Test recall comes close on the heels of a highly rewarding County season for Sussex alongside Pakistan superstar Mohammad Rizwan, where he averaged 120 with four centuries in eight innings.

Meanwhile, Ajinkya Rahane will be out of action for two months after hurting his hamstring in the IPL 2022 last week. Both Pujara and Ajinkya Rahane were dropped from the Test side and asked to go back to the domestic set-up to find form.

Also, pacer Prasidh Krishna has been included in the Indian Test squad for England series and veteran pacer Ishant Sharma has failed to make it to the squad. Wicketkeeper-batsman Wriddhiman Saha is also not included, he got dropped from the team ahead of the Sri Lanka series.