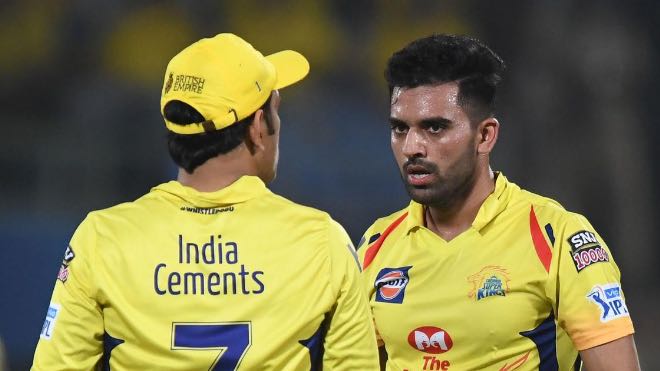 Injured Deepak Chahar likely to miss half of IPL 2022: Reports

Chennai Super Kings have been handed a major blow ahead of the 15th edition of the Indian Premier League (IPL 2022) as pacer Deepak Chahar is set to miss the first half of the upcoming season.

Deepak Chahar suffered an injury to his right quadriceps while bowling in the third and final T20I of the recently concluded series against West Indies, following which he was sent to the National Cricket Academy (NCA) for rehabilitation.

According to a report in ESPNcricinfo, the bowling all-rounder will now miss a major chunk of this year’s IPL, and his absence is expected to heavily affect the Yellow Army’s campaign. Meanwhile, a BCCI official told PTI that Chahar is likely to be out for at least eight weeks.

“Chahar is out for at least eight weeks, which means he will miss half of IPL 2022,” the BCCI source told PTI.

Chahar was bought by CSK for a whopping 14 crore in the IPL 2022 Mega Auction, which is the second most expensive buy in this year’s IPL auction, were involved in fierce bidding with Rajasthan Royals, Delhi Capitals and SunRisers Hyderabad.

The other members of the team will be joining the camp soon. Chahar is likely to join CSK’s camp only after recovering from the injury. The four-time IPL Champions will be kicking off their IPL 2022 campaign against Kolkata Knight Riders on March 26. The final of the tournament will be played on May 29.

The BCCI has also confirmed that the tournament will be played across different centres in Maharashtra.