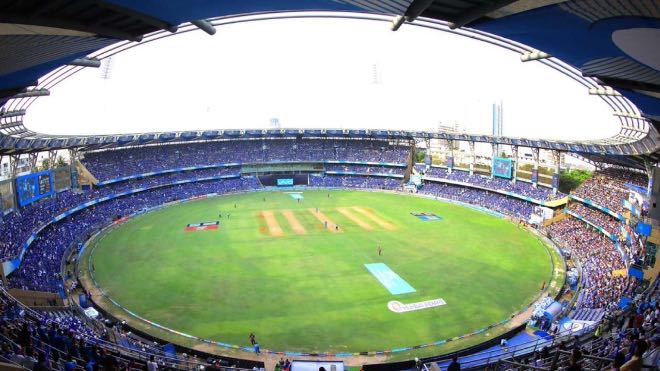 IPL 2021: 10 groundsmen at the Wankhede and 7 members from BCCI's IPL organising team test positive for COVID-19

Ten ground staff members at Mumbai’s Wankhede Stadium and seven members of the BCCI’s IPL organising team have tested positive for COVID-19 ahead of the upcoming season of the Indian Premier League (IPL 2021).

Mumbai is one of the six venues picked as the hosts for IPL 2021. Chennai, Bangalore, Ahmedabad, Delhi and Kolkata are the other venues. Mumbai is scheduled to host 10 league matches from April 10 to April 25. The first match at the Wankhede Stadium will be played between Chennai Super Kings and last season’s finalists Delhi Capitals on April 10.

According to a report from the Times of India, all 19 groundsmen at the Wankhede Stadium underwent RT-PCR tests last week. Three were reported to have tested positive on March 26 while five more were declared to have contracted the virus a week later. And on March 3 two more cases were found.

“Yes, it was 8 positive cases yesterday as far as ground-staff are concerned. Today two more positive cases have emerged and all 10 have been sent back home and are isolated,” a senior Mumbai CA official told PTI.

Also, 6-7 members of the Board of Control for Cricket in India’s (BCCI) IPL event management team have tested positive for COVID-19 and have been sent to isolation.

“We are bringing fresh ground-staff from the Mumbai CA ground in Kandivali for preparations. Also, 6 to 7 event management staff hired by BCCI have also tested positive,”he added.

The event management and operations of IPL till last year was handled by the IMG but from this year BCCI is handling on its own.