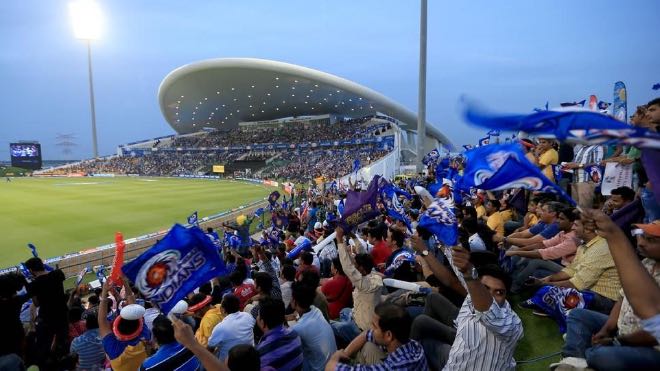 The second leg of the 14th edition of the Indian Premier League (IPL 2021) is all set to resume with the five-time champions and current title holders Mumbai Indians taking on three-time IPL champions Chennai Super Kings at the Dubai International Cricket Stadium on Sunday (September 19).

Before the resumption of the tournament, in a major development BCCI have decided to allow fans to stadiums. Though BCCI did not specify the exact number of fans who would be let in but sources said their presence would be 50 per cent of the stadium capacity.

“This match will be a momentous occasion as IPL will welcome the fans back to the stadiums after a brief hiatus owing to the Covid-19 situation,” IPL said in a statement.

“Fans can buy tickets starting September 16 for the remainder of the tournament on the official website www.iplt20.com. Tickets can also be purchased on PlatinumList.net,” the statement added.

“Matches will be played at Dubai, Sharjah and Abu Dhabi with limited seating available keeping in mind the Covid protocols and UAE government regulations,” the statement further added.

Last year in IPL 2020, the spectators were not allowed to enter the stadium during the tournament due to the pandemic. In the IPL 2021 India leg too, the matches were played in empty stadiums.

A total of 27 group games are scheduled to be played across three cities in UAE — Abu Dhabi, Dubai and Sharjah in the IPL 2021. This will be followed by playoffs with the final taking place on October 15.