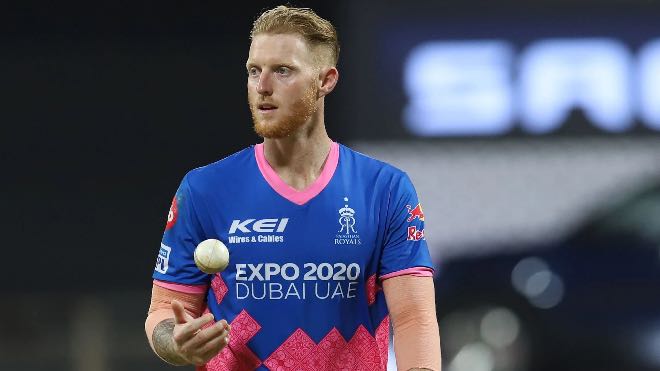 IPL 2021: Ben Stokes likely to pull out of UAE leg

England and Rajasthan Royals all-rounder Ben Stokes is unlikely to take part in the second leg of the 14th edition of the Indian Premier League (IPL 2021).

There is no official word on Ben Stokes’ participation, with the all-rounder currently being on an indefinite break from the sport to focus on his mental well-being. But there are reports which state that RR all-rounder Ben Stokes is also likely to withdraw his name for the remainder of the season.

Stokes had announced an indefinite break from cricket last month, intending to focus on his mental health. The all-rounder had spent considerable time away from family and in bio-secure environments with the England team.

Stokes was a part of the Royals set up in the first half of the IPL before he broke his finger in a fixture against Punjab Kings while fielding in the deep.

Having been ruled out ever since from all cricketing action, he returned to lead England to a 3-0 ODI win over Pakistan after Covid-19 struck the home camp, ruling out four players including skipper Eoin Morgan. Stokes, however, did not participate in the T20I series that followed and revealed his decision soon after. Later he pulled out of the ongoing Test series against India citing mental health issues.

Apart from Stokes, the Royals will also miss Jos Buttler in their ranks, who has pulled out of the second leg of the IPL 2021 as he is expecting his second child during the same period. Glenn Phillips has been named Jos Buttler replacement for the IPL 2021 UAE leg.

Furthermore, pacer Jofra Archer is also set to miss the UAE leg after his elbow injury has ruled him out until the Ashes later this year.