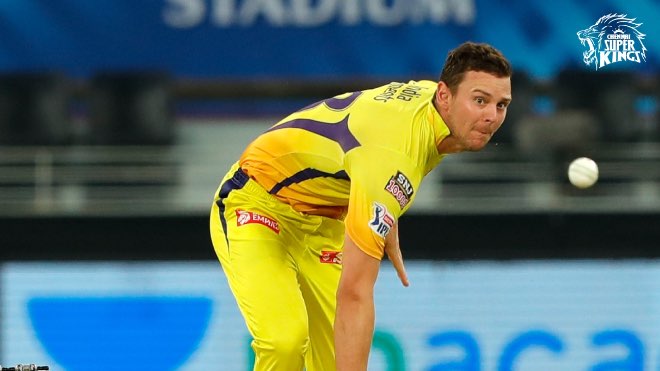 Australia pacer Josh Hazlewood will be part of the Chennai Super Kings squad for the upcoming UAE leg of the 14th edition of the Indian Premier League (IPL 2021), the franchise confirmed on Saturday.

The Australian fast bowler did not take part in the earlier part of the season, citing personal reasons for pulling out of IPL 2021. In his absence, CSK roped in left-arm pacer Jason Behrendorff from Australia. However, he did not play a single game in IPL 2021.

As per rules, CSK will have to leave out Jason Behrendorff, who had come in as a replacement for Hazlewood at the start of the IPL in April.

“Hazlewood has confirmed his availability for the second phase of IPL starting from September 19. The BCCI has confirmed that players who were not available in the first phase can join the respective teams in the second phase if they are fit and available. Considering Hazlewood’s form, he will be a great addition to our team,” said CSK CEO KS Viswanathan.

Hazlewood, who has been named in the Australia squad for the T20 World Cup 2021, has been in excellent form with the ball. The 30-year-old pacer bagged eight wickets in four matches in the recently concluded T20I series against Bangladesh. The lanky pacer has picked 21 wickets in 17 matches so far in his T20I career.