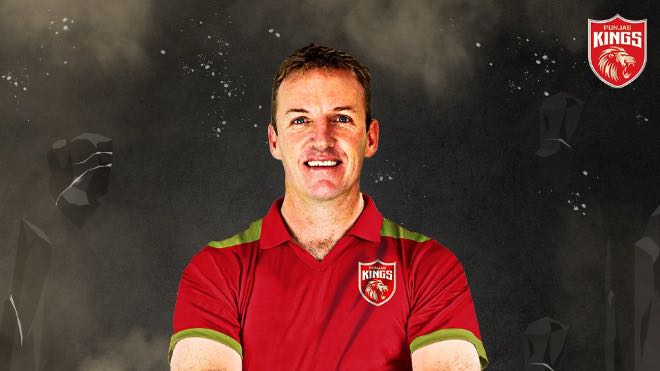 Punjab Kings announced the appointment of former Australian pacer Damien Wright as bowling coach ahead of the 14th season of the Indian Premier League (IPL 2021). The 45-year-old has the experience of coaching in Australia, New Zealand and Bangladesh.

Wright also had stints with Hobart Hurricanes and the Melbourne Stars as bowling coach. Wright started his first-class career in 1997-98 for Worcestershire, played representative cricket till 2011, including for Australia A, and turned to coaching after quitting the game. Wright has played 123 first-class, 106 List-A and 26 T20 in his 14 years of career.

Damien Wright, Bowling Coach, Punjab Kings said, “I am delighted to come on board as bowling coach for Punjab Kings. The team looks great and there is tremendous potential in this squad and I look forward to working alongside an amazing support staff team this season of the IPL.”

Anil Kumble, Head Coach and Director of Cricket Operations, Punjab Kings said, “We are pleased to announce that Damien Wright will join us as bowling coach at Punjab Kings. He brings in a great deal of experience and will definitely help strengthen our team. We look forward to working with him this edition of the IPL.”