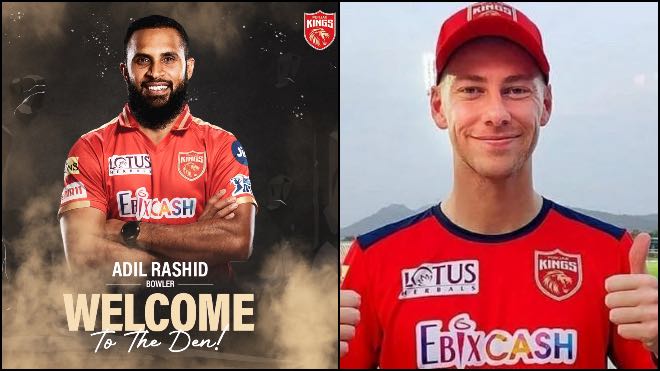 The decision follows after the Aussie pace duo of Jhye Richardson and Riley Meredith, have been ruled out for the UAE leg of the IPL 2021. Earlier Nathan Ellis was signed as Riley Meredith replacement.

Rashid, who hasn’t played in the IPL before, is currently ranked fourth in ICC’s list of T20I bowlers and has taken 232 wickets from 201 T20 matches at an economy of 7.43.

Rashid’s inclusion is sure to add some much-needed experience to the Punjab Kings bowling arsenal, which also has plenty of promising youngsters in their ranks. The Englishman becomes the third leg spinner in the roster after Murugan Ashwin and Ravi Bishnoi and will be licking his lips at the prospect of being coached by a legendary leg spinner of his time in Anil Kumble.

The 33-year-old is expected to join the team camp soon alongside countrymen Dawid Malan and Chris Jordan and will be available for the entirety of the 2021 IPL campaign.

Adil Rashid is currently joint second alongside Stuart Broad on the list of leading wicket-takers for England in T20 Internationals. Fellow Punjab Kings player Chris Jordan is the only bowler ahead of Rashid on that list, having a lead of eight wickets over the spinner at the moment.

Rashid has been a constant feature of the England white-ball team and was also a vital cog of the 2019 ICC World Cup-winning team. The leg spinner is well equipped with opening the bowling in T20 games, with English captain Eoin Morgan regularly handing him the new ball during their tour to India in 2021.

Recently, the 33-year-old was the leading wicket-taker for the Northern Superchargers in the inaugural season of The Hundred, with 12 wickets to his name. Rashid also boasted an economy rate marginally above seven in that franchise tournament.

Rashid has formerly played in franchise tournaments all around the world, including the Big Bash League, the Bangladesh Premier League and the T10 League. This however will be his first foray in the Indian Premier League when he takes the field for Punjab Kings upon the season resumption.

With the remainder of IPL 2021 shifted to spin-friendly tracks of Dubai, the acquisition of a wily, old fox like Adil Rashid could prove to be a massive boost for Punjab Kings come September when they resume their campaign against Rajasthan Royals.