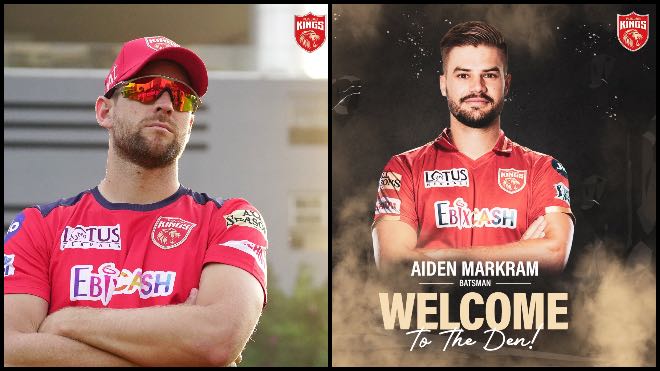 Punjab Kings have announced the signing of the South Africa opener Aiden Markram as Dawid Malan’s replacement for the remainder of the 2021 Indian Premier League (IPL 2021).

“Dawid Malan will not be travelling to UAE for the remainder of IPL2021. Malan will be taking some time off to be with his family ahead of the T20WorldCup and Ashes,” tweeted Punjab Kings.

A”head of the resumption of the 2021 edition of the Indian Premier League, Punjab Kings today announced the inclusion of South African cricketer Aiden Markram to the squad,” said Punjab Kings in a statement.

“Markram will replace Dawid Malan who is taking some time off to be with his family before the T20 World Cup and the Ashes Series,” added the franchise.