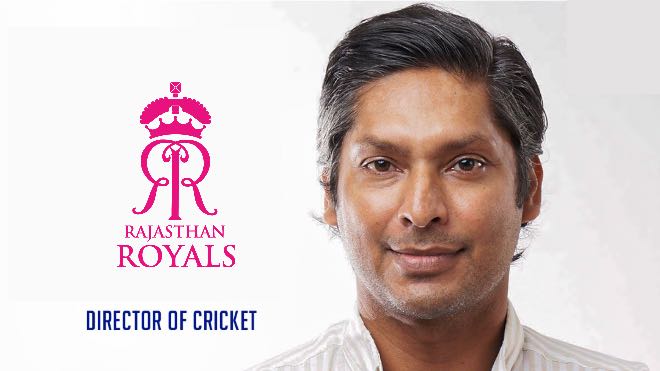 Kumar Sangakkara, the current President of the Marylebone Cricket Club, will be responsible for overseeing the entire cricketing ecosystem of Royal’s franchise including coaching structure, auction plans and team strategy, talent discovery and development, as well as the development of the Royals Academy in Nagpur.

An undisputed great of the modern game, Kumar scored over 28,000 runs for Sri Lanka over a hugely successful 16-year and has the highest Test batting average of any player in the last 46 years.

He is highly experienced in T20 cricket, winning the ICC World T20 in 2014 and helping Sri Lanka reach the ICC World T20 finals also in 2009 and 2012. He played for T20 franchises in India, England, the Caribbean, Australia and Bangladesh. Since ending his playing career in 2017, after a glorious record-breaking summer for Surrey, he has remained deeply engaged with the game with various roles: he has been a long-term member of the MCC World Cricket Committee and became the first non-British President of the MCC in October 2019; he is a member of Sri Lanka’s National Sports Council, and he has embarked upon a successful broadcasting career as a regular expert commentator for SKY Sports and Star Sports.

The southpaw first graced the IPL in its inaugural season back in 2008 and started with a stylish fifty on debut against MS Dhoni’s CSK. That first season saw him amass 320 runs in ten games, guiding Kings XI to a top-four finish. The following seasons saw the southpaw maintain the consistency that people came to expect of him, scoring consistently over 300 runs in his first four seasons. In his final IPL season, back in 2013, Sangakkara turned up as a leader for the Sunrisers Hyderabad, leading the team both on and off the pitch, helping them secure a playoff spot in an extraordinary manner.

Welcoming Kumar to the family, Mike Fordham, Group CEO Rajasthan Royals, said, “Kumar brings a wealth of cricket knowledge both as a player and a leader. We are thrilled to have him join the team and we are confident that Kumar will motivate, challenge and inspire our players and coaches that will translate to success on the field.”

Commenting on his appointment, Kumar Sangakkara said, “It’s a privilege to be joining the Rajasthan Royals and I am excited about the new challenge. To oversee the cricket strategy of a franchise in the leading cricket competition in the world, as well as building the development programs and cricketing infrastructure that will provide the future foundation of the IPL team’s on-field success, is an opportunity that really motivated me. I have really enjoyed speaking to the leadership group over the recent weeks and can’t wait to get going. The team includes some of the world’s best players and great personalities so it’s going to be fun and very exciting to work with this group.”

“I’m delighted that Kumar has come on board and we have already had some great conversations together. He is someone who has had an exceptional cricket career himself and obviously understands the modern game. It’s great to have an all-time wicketkeeping great with us, he is someone who’s donned many hats, he was a fantastic keeper-batsman, he’s led Sri Lanka with grace and class throughout and has done it for years with the Sri Lankan national team across formats. He’s someone who’s shown great character both on and off the field and the values that one associates with him are the same which we embody here at Rajasthan Royals. It is wonderful to have someone like him at the helm and is going to be fantastic to learn from him. I can’t wait to get started and work with him in the coming seasons,” added Rajasthan Royals captain Sanju Samson.