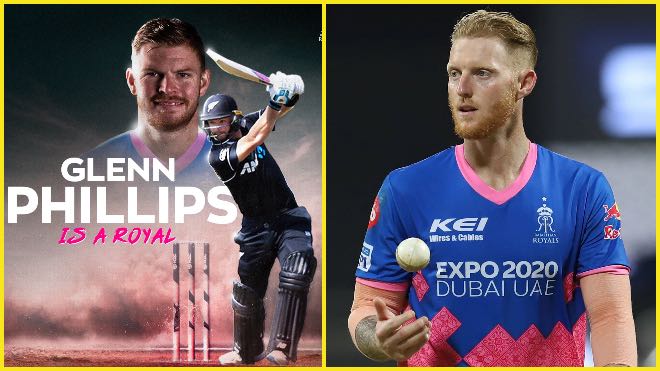 Rajasthan Royals have signed New Zealand wicketkeeper-batsman Glenn Phillips as a replacement for Jos Buttler for the UAE leg of IPL 2021. The development comes after Jos Buttler pulled out of the remainder of the IPL 2021 as he and his wife Louise are expecting a second child soon.

Having already impressed in white-ball cricket during the early stages of his career, the 24-year-old South African-born Phillips represents Auckland domestically in New Zealand and has 506 runs to his name in 25 T20s with a strike rate of 149.70 since making his debut for the national team in 2017.

Phillips has been a consistent part of New Zealand’s T20I squad since making his debut in 2017. The Kiwi scored his maiden T20 century against the West Indies in November 2020 where he was seen tearing apart the visiting side at the Bay Oval. This innings saw him become New Zealand’s fastest men’s centurion (46 balls) in T20I cricket.

Entrusted to be one of only three New Zealand batters – alongside Martin Guptill and Devon Conway – who played all 14 of their T20Is in the 2020-21 home season against West Indies, Pakistan, Australia, and Bangladesh, Glenn Phillips proved to be his team’s stand-out performer.

Phillips, who has also made it to New Zealand’s T20I World Cup squad, celebrated his selection with a pummelling 35-ball 80 for Welsh Fire in The Hundred — his last game before joining Barbados Royals for the upcoming edition of the Caribbean Premier League (CPL 2021).