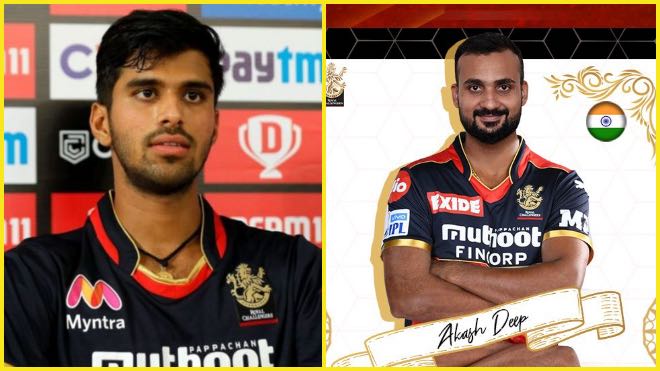 Just before the five-match Test series against England, Washington suffered an injury on his finger on the right hand when he was hit by a sharp lifter from Mohammed Siraj in the practice game between County Select XI and the Indians. He was subsequently taken for an X-Ray and the result confirmed a fracture. Now, the all-rounder has not cleared the fitness test at the NCA with the finger injury he suffered in England not yet healed completely.

“Washington Sundar has been ruled out of the remainder of #IPL2021 as he hasn’t fully recovered from his finger injury. Akash Deep, a state cricketer from Bengal who until now was a net bowler with RCB, has been named as Washi’s replacement,” RCB said in a statement.

“This move reiterates the focus RCB has on grooming and nurturing young players as we continue to develop exceptional talent and create a pathway for youngsters to find their way into IPL and Indian Cricket,” the statement added.

Washington Sunder has been with the RCB set-up since the start of the 2018 season and has taken 19 wickets in 32 matches. In the first half of IPL 2021, Washington picked up three wickets in six matches at an average of 32.11.

Meanwhile, the 24-year-old Akash Deep made his T20 debut in March 2019 and has bagged 21 scalps at 16.35 in this format. Deep was the second-highest wicket-taker for Bengal with seven scalps from five matches at an average of 19.28 in the 2021 Syed Mushtaq Ali Trophy. Deep has also been a regular for the stateside across formats in the last two domestic seasons.