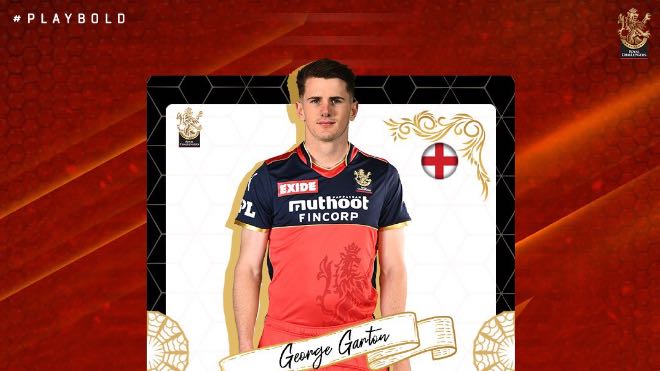 Royal Challengers Bangalore (RCB) have signed English fast-bowler George Garton as a replacement for Australian bowler Kane Richardson for the remainder of the 14th edition of the Indian Premier League (IPL 2021). Richardson joins the long list of overseas cricketers to have pulled out of this edition of the IPL due to various reasons.

Royal Challengers Bangalore resume Season 14 of the IPL on September 20 as they square off against Kolkata Knight Riders at the Sheikh Zayed Cricket Stadium in Abu Dhabi. (ANI)