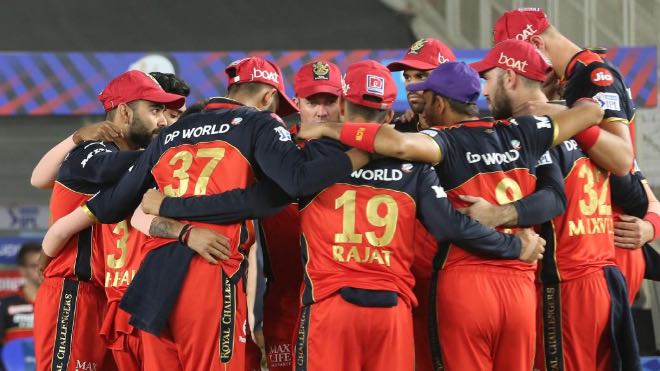 Royal Challengers Bangalore (RCB) will travel on August 29 for UAE for the UAE leg of the 14th edition of the Indian Premier League (IPL 2021).

RCB Indian players, support staff and the team management will be assembling in Bengaluru on 21st August following which the team will undergo 7 days of quarantine and will undergo Covid tests for 3 days during the period. The team will then depart via a chartered flight from Bangalore on 29th August.

The other international players and staff will assemble in the UAE starting 29th August onwards. There will be another 6 days of quarantine in the UAE.

“The team will depart via chartered flight on August 29, in the afternoon. Once we land in the UAE, again we will have a six-day hard quarantine, and the testing protocol as per BCCI,” he added.

“As for the overseas players and support staff, they will be coming in on August 29 and they will also undergo six days of quarantine there. Once we are all clear, we will be on the field and we will have a clear practice schedule which Mike and the [coaching] team will draw up,” he said.

Royal Challengers Bangalore announced changes to the squad as the team gears up to IPL 2021.

In another significant development, Simon Katich stepped down as the Head Coach of RCB due to personal reasons and as part of our business continuity plan, Mike Hesson will step in and discharge the duties of Head Coach for this season, in addition to his existing role of Director of Cricket Operations, RCB.

Royal Challengers Bangalore resume season 14 of the IPL on 20th September 2021 as they square off against Kolkata Knight Riders at the Sheikh Zayed Cricket Stadium in Abu Dhabi.