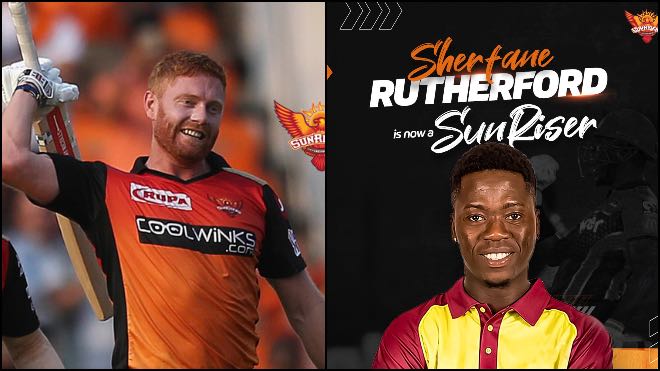 Rutherford has featured in only one IPL season as he represented Mumbai Indians in 2019 and managed to score just 73 runs across 7 games. Rutherford will get to make his mark for SRH playing under the captaincy of New Zealand’s Kane Williamson.

In 43 T20 games, the 23-year-old has 624 runs and eight wickets to his credit. Sherfane Rutherford is currently playing his trade with St Kitts and Nevis Patriots in the Caribbean Premier League 2021 and is having a good season. He’s scored 202 runs in 7 games including 3 fifties.

Bairstow played the fourth Test against India at The Oval and will now make themselves available next for the T20 World Cup after being selected in England’s 15-man preliminary squad. While few of England’s white-ball specialists will return to their country, the English players who are also in the Test team are due to depart for the Ashes series Down Under after the T20 World Cup.