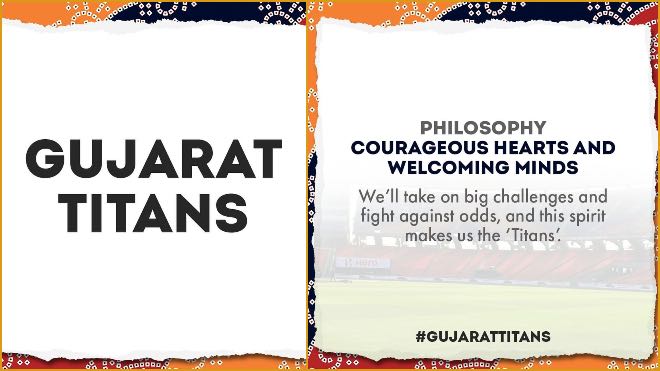 The new Ahmedabad-based IPL team will be called Gujarat Titans. The franchise revealed the name on Wednesday, ahead of the IPL 2022 Mega Auction.

The naming of the Ahmedabad franchise comes days after Lucknow, owned by RPSG Group, announced its official name as Lucknow Super Giants and unveiled the new logo.

“Debuting in the 15th season of the IPL, the Gujarat Titans will pay tribute to the state’s rich cricketing legacy, which has seen it produce countless Indian international cricket legends over the years. The franchise is inspired by the opportunity to represent and build on this deep cricketing heritage, as well as build on its future success on the pitch,” the franchise said in a statement.

Siddharth Patel, Gujarat Titans CEO said, “Our core philosophy of being both a courageous and open-hearted team has inspired every decision as we built this franchise from the ground up. We want this group to achieve great things for Gujarat and its many passionate fans, which is why we have chosen the name ‘Titans’.”

“Our aim for this cricketing franchise is to be one of the most inspiring and inclusive anywhere in the world, which will help to underpin its long-term success and reputation,” he added.

“As we approach the league’s mega auction, we are confident that we will be able to put together the right combination of players going into the new season. We want individuals that are not only highly skilled but who are inspired to be Titans of the game,” Patel said ahead of the auction.