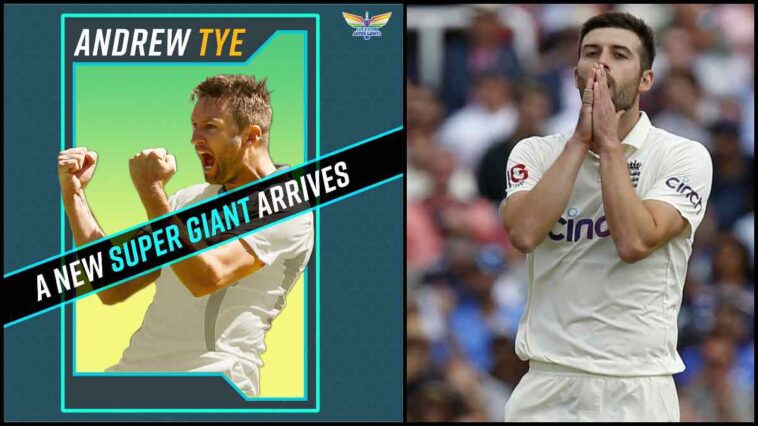 Lucknow Super Giants (LSG) have signed Andrew Tye as a replacement for the injured England pacer Mark Wood for the upcoming season of the Indian Premier League (IPL 2022).

Wood, who was bought by the Super Giants at the IPL mega auction last month for Rs 7.5 crore, suffered an elbow injury during England’s first Test against West Indies earlier this month.

Andrew Tye has represented Australia in 32 T20Is and picked 47 wickets. The right-arm pacer, who has so far played 27 IPL matches & has picked 40 wickets, will join Lucknow for the price of Rs 1 Crore.

Tye is a former Purple Cap winner, having picked up 24 wickets for Punjab Kings (formerly Kings XI Punjab) in IPL 2018. Tye had picked up a hat-trick and taken five wickets on his IPL debut in 2017 for Gujarat Lions against the Rising Pune Supergiant.

Lucknow Super Giants – who will be making their IPL debut this season – will begin their IPL 2022 campaign on March 28 when they take on Gujarat Titans at the Wankhede Stadium, Mumbai.