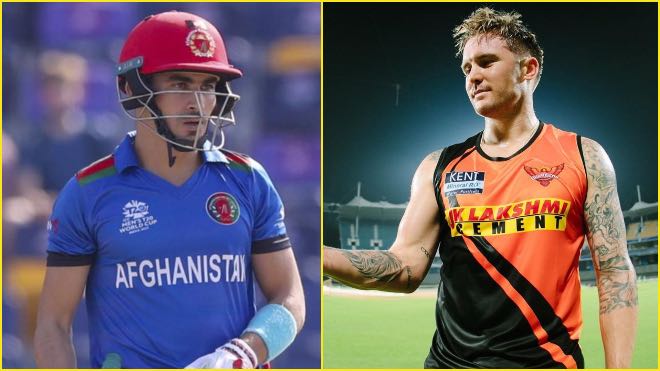 Jason Roy has withdrawn from the IPL 2022 citing family reasons and bubble fatigue. Jason Roy was picked by Gujarat Titans for Rs 2 crore in the IPL 2022 mega auction.

Gurbaz has played 20 T20Is and has 534 runs against his name with the help of 3 half-centuries and a strike rate close to 138 in the T20 internationals.

Gurbaz, who joins Gujarat Titans at his base price of Rs 50 Lakh, will be the third Afghanistan cricketer alongside Rashid Khan and Noor Ahmad to feature for the franchise. He also becomes the fifth Afghan in the league which also has Mohammad Nabi (Kolkata Knight Riders) and Fazalhaq Farooqi (Sunrisers Hyderabad) from the country.

Gujarat Titans, who will be making their IPL debut this year, will face Lucknow Super Giants in their first game of the TATA IPL 2022 on March 28 at the Wankhede Stadium, Mumbai.

Vikram Solanki, the Gujarat Titans’ director of cricket said, “Whilst it is disappointing that Jason will not be a part of our campaign this year, we are mindful of the health and well-being of players in these times. We wish Jason well and look forward to his return to the field. Rahmanullah Gurbaz is one of the promising young batters to emerge from Afghanistan and we believe he is an ideal replacement for Jason. Gurbaz is an attacking batter and fits into our plans for the Gujarat Titans. He has given a good account of his talent in international cricket and a few tournaments around the globe.”