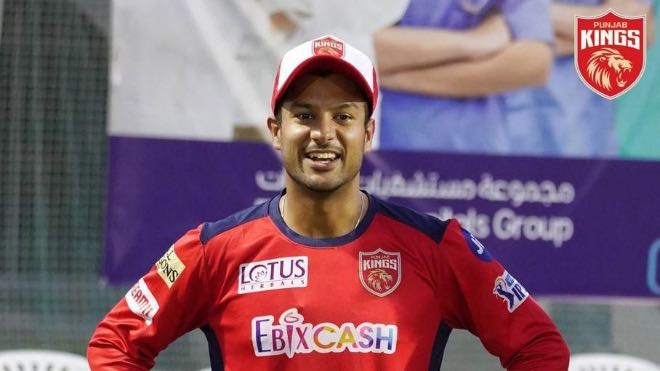 Indian opener Mayank Agarwal has been officially named as the new captain of the Punjab Kings ahead of the 15th edition of the Indian Premier League (IPL 2022). The 31-year-old will lead the franchise in the coming season, taking over from friend and state teammate KL Rahul.

Agarwal had a great season with the team in IPL 2021 too, amassing 441 runs in 12 matches at an impressive average of 40.09. He also possessed a healthy strike rate of 140.28 through the season, creating some memorable moments for the team, and the fans.

“I have been at Punjab Kings since 2018 and I take a lot of pride in representing this fantastic unit. I am delighted to be given the opportunity to lead the team. I take over this responsibility with utmost sincerity, but at the same time, I believe my job would be made easier with the talent we have at the Punjab Kings squad this season,” said Mayank after being named captain.

“I thank the team management for entrusting me with this new role of leading the side. I look forward to the new season and the new challenges it brings with it,” he added.

Head Coach Anil Kumble too opined on the captaincy choice, stating, “Mayank has been an integral part of the side since 2018 and of the leadership group for the last two years. The new squad we selected at the recently concluded auction has exciting young talent and outstanding experienced players. We want to create a strong foundation for the future with Mayank at the helm.”

The right-handed batter had a one-match tryst with captaincy in IPL 2021 after KL Rahul had to undergo surgery. Punjab Kings faced Delhi Capitals in this game at Ahmedabad.