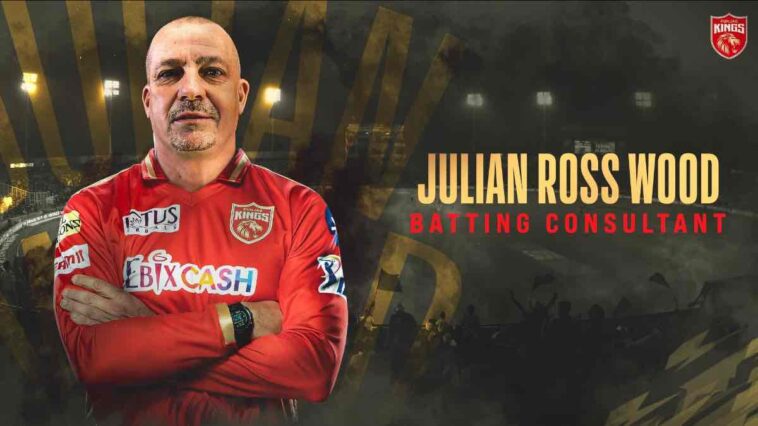 Punjab Kings have roped in former English domestic cricketer Julian Ross Wood as a batting consultant for the 15th edition of the Indian Premier League (IPL 2022), the team management announced on Monday (March 14).

Julian Ross Wood is specifically known for training players to improve their power-hitting, a skill much needed in the T20 format of the game. He also had emphasised the technique behind big hitting and the importance of using a player’s wrist.

With players like Liam Livingston, Jonny Bairstow, Shahrukh Khan and Raj Angad Bawa, who are big hitters themselves, in the PBKS outfit now, it will be interesting to see how his efforts are replicated on the field.

Wood started to explore power-hitting after a stint with basketball on a holiday to the United States about 13 years ago. Since this coincided with the time T20 cricket started coming to the fore, he deep-dived into the art of power-hitting and helped many cricketers excel in it.