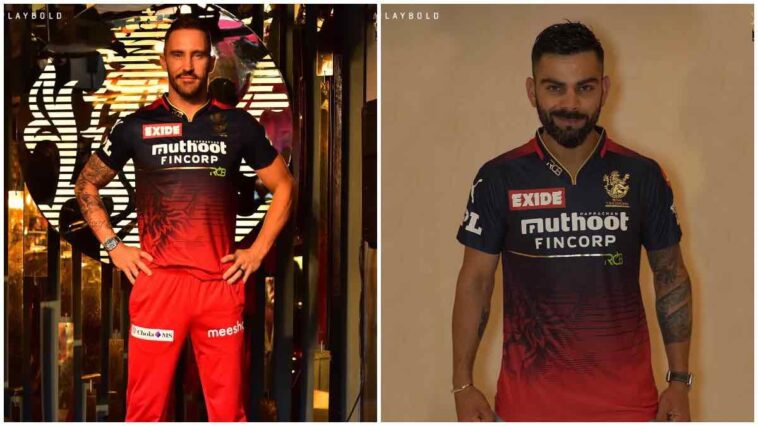 Royal Challengers Bangalore (RCB), on Saturday, unveiled their new jersey for the upcoming season of the Indian Premier League (IPL 2022). Jersey took place at an event called ‘RCB Unbox’ in Bengaluru while the first look of the outfit was also shared on the franchise’s social media handles.

RCB took to Twitter on Saturday evening and released a short video in which the team’s new-look jersey, coloured in red and black could be seen.

The announcement about the jersey came after the franchise announced that Faf Du Plessis will be replacing Virat Kohli as RCB captain.

Speaking of the jersey design, it comes majorly in shades of red and black in the middle. While the t-shirt has been dominated by black colour with the sponsor’s name in the middle, the lower is mainly in red.

“I love the design. I love how the dark blue blends into the red and the detailing of the jersey is amazing. I love the new RCB typeface as well and the integration of the RCB lion. The material is so comfortable I absolutely love it and the moment I wore it, I felt something special. I can definitely say, this is my most favourite RCB jersey, ever!” Kohli said in the video.