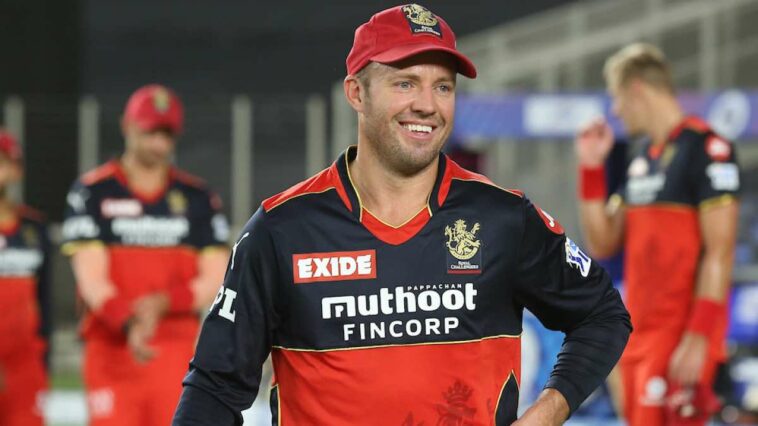 South African cricket legend and former RCB star middle-order batter AB de Villiers has joined the Royal Challengers Bangalore, ahead of the IPL 2023 Auction which is slated to take place on December 16, 2022.

The 38-year-old right-handed batter landed in Bengaluru on Thursday and confirmed his arrival via a Twitter post.

“Great to be back in Bangalore. Just checked in to the ITC Royal Gardenia for the first time in many years! So many great memories flowing back. Also been told this is my 25th time checking in here Tele is on and ready for the Pak/SA game. Go Proteas,” he tweeted.

AB de Villiers announced on Twitter on November 3 (Thursday) that he has checked into the Bengaluru hotel where he used to stay with the IPL franchise RCB during his Indian Premier League playing days.

“He once said he’ll be back in RCB. Surprise surprise! He’s home, he’s in Bengaluru today. Guess who?,” wrote RCB on their Twitter account.

On Thursday, November 3, RCB’s official Twitter handle shared a video of the South African great arriving in Bangalore to discuss his future with the IPL franchise.

In the video, he is heard saying, “I am here to have a chat to the RCB guys about next year’s IPL (IPL 2023). It’s nice and fresh in Bangalore. It’s a beautiful day.”

AB de Villiers is likely to share his expertise with the franchise in the retention list which needs to be submitted to the Board of Control for Cricket in India (BCCI) before November 16.