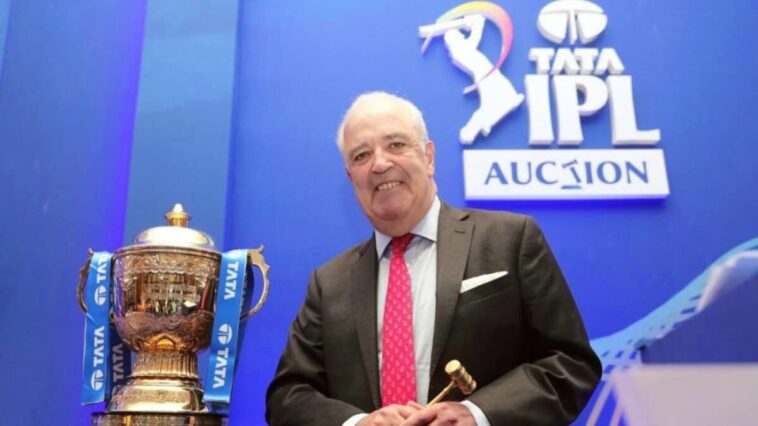 English auctioneer, Hugh Edmeades is set to return as the IPL auctioneer during the IPL 2023 auction, which is scheduled to take place on December 23 in Kochi.

Edmeades was also the auctioneer in the IPL 2022 auction, where he suddenly collapsed and fell on the ground along with the podium on the first day of the mega auction in Bengaluru. And he was immediately attended to by the medical staff.

In his absence, senior sports presenter Charu Sharma continued the proceedings at the request of BCCI. Edmeades returned to conduct the final phase of the auction.

On Tuesday, In conversation with Sportstar, Edmeades confirmed that he will be conducting the IPL 2023 auction in Kochi.

“I am thrilled to have been asked by the BCCI to conduct the 2023 IPL auction and am excited about visiting Kochi for the first time,” said Hugh Edmeades.

“Auction planning entails a significant amount of logistics. Changing the date would need redoing everything,” a report published in InsideSport said.

This will be Edmeades sixth IPL auction. Hugh Edmeades took over from Richard Madley in 2018 and has been hosting the IPL auction ever since.