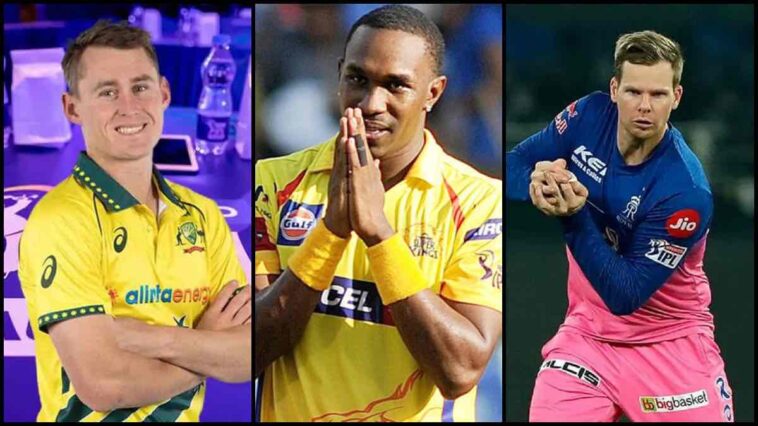 Dwayne Bravo, Steven Smith and Marnus Labuschagne have not given their name for the upcoming Indian Premier League Auction (IPL 2023 Auction). Bravo, Smith and Labuschagne’s names are not in the 991 players list, who have registered for the IPL 2023 auction.

Dwayne Bravo has not put forward his name for the auction after being released by the Chennai Super Kings last month. Having played for the Mumbai Indians (MI) in the first three seasons of the league, Bravo was signed by CSK in 2011 and has been part of CSK till 2022.

Three-time IPL winner, Bravo is also the leading wicket-taker of the IPL with 614 scalps.

Australian batter Steven Smith and Marnus Labuschagne are also missing from the list. Both went unsold in the last IPl Auction. Both of them are likely to opt-out of the IPL 2023 due to preparation for the Ashes, starting June 16.

IPL 2023 Auction is scheduled to take place on December 23 in Kochi.