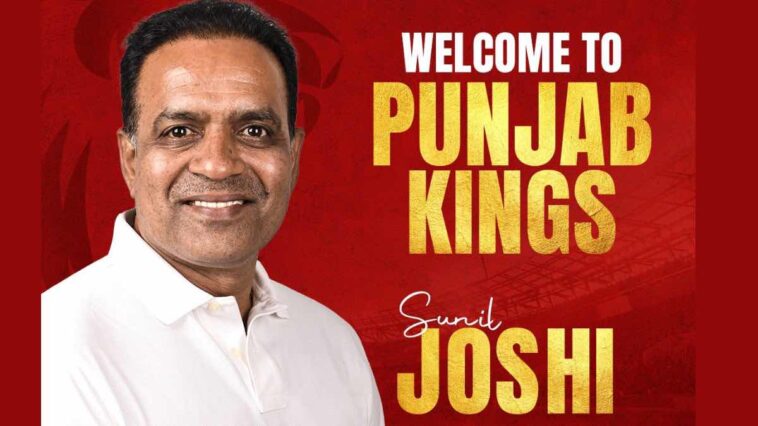 Punjab Kings have roped in former Indian cricketer Sunil Joshi as the spin bowling coach for the upcoming season of the Indian Premier League (IPL 2023).

Former India cricketer Wasim Jaffer has been named the batting coach and ex-South African fast bowler Charl Langeveldt will serve as the fast bowling coach for the upcoming edition of the IPL.

Joshi played 69 One-Day Internationals (ODIs) and 15 Tests for India between 1996 and 2001. The Karnataka-born cricketer bagged 69 ODI wickets and 41 Test dismissals.

The orthodox left-arm spinner claimed 615 First-Class wickets in 160 matches at an average of 25.12, including 31 five-wicket hauls.

Joshi has the experience of representing the Royal Challengers Bangalore (RCB) for two seasons of the IPL in 2008 and 2009.

Furthermore, Joshi has also served as the chief selector of the Indian men’s senior team before being replaced by Chetan Sharma after the Selection Committee who was sacked by the BCCI following India’s semi-final exit in the T20 World Cup 2022.

Punjab Kings earlier announced Shikhar Dhawan as their new captain for the IPL 2023. The Kings have also bolstered their squad by acquiring the services of star England all-rounder Sam Curran for a whopping Rs 18.50 crore at the IPL 2023 mini auction held in Kochi on December 23, 2022.