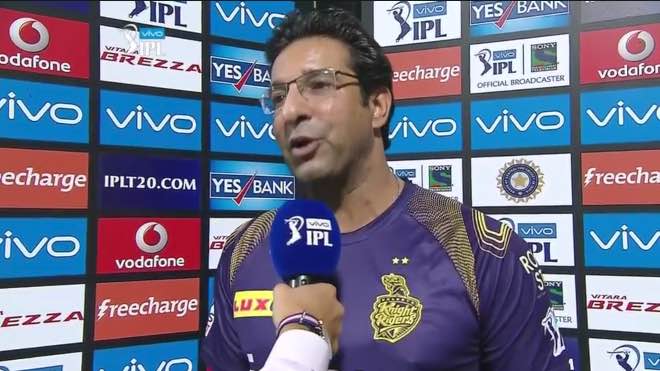 Former Pakistan pacer Wasim Akram has pointed out the difference between the Indian Premier League (IPL) and Pakistan Super League (PSL). There is always a comparison between Indian and Pakistan cricket fans about the best T20 League and according to Wasim Akram IPL is ‘biggest cricket tournament in the world’.

Speaking on the Tanveer Ahmed’s YouTube channel, Tanveer Says, Wasim Akram said, “There is a difference now (between IPL and PSL). In the last five-six years, there has been a big difference. They have put in a lot of money. IPL is the biggest cricket tournament in the world.”

Wasim Akram said that money involved in IPL is huge, which helps BCCI invest the profit back to the first-class cricket.

“A team’s budget only is around 60-80 crore to buy players in Indian currency, double in our currency. So when profit is made on that kind of money, BCCI invests it back into first-class cricket,” he said.

He also further explained that with the involvement of huge money, players also hire coaches to improve their cricket.

“Most players in the IPL have their personal coaches, like Praveen Amre. They have hired such kind of former cricketers who have gone on to become good coaches. You look at their batsmen, they play with such high confidence. The system is completely different,” he explained.

The 13th season of the biggest T20 league, IPL 2020 going to kick start from September 19 in UAE. While the PSL 2020 is currently suspended and the remaining knockout stage of the tournament will be completed in November 2020.