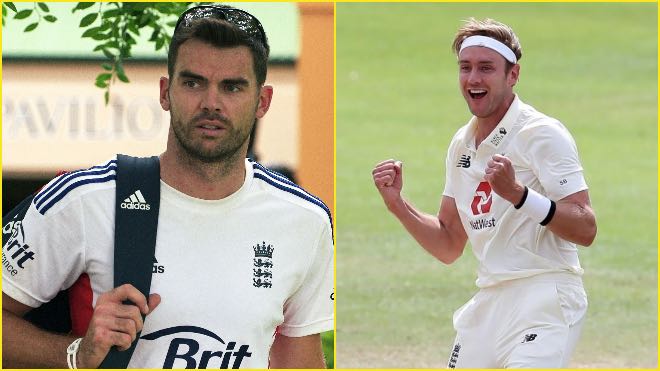 Old tweets of English cricketers are being unearthed thick and fast by the fans and ECB. Pacer Olie Robinson recently faced suspension after former tweets of his exposed racist remarks targetting Muslims and Asians.

And now veteran cricketer James Anderson could face similar action based on his old tweet. One that is doing the rounds is 10 years old where he called teammate Stuart Broad a ‘lesbian’. Making fun of Broad for his hairstyle, Anderson calls him a ’15 year old lesbian’.

This has come under immense scrutiny at the moment. Moreover, Jimmy Anderson could face disciplinary action over this. When questioned about this remark if his, he said that he’s changed now.

“The historical stuff, for me, it was 10, 11 years ago. I have certainly changed as a person since then. That’s the difficulty; things do change and you do make mistakes,” he said.

England head coach Chris Silverwood has talked about this Olie Robinson incident. He says such behaviour cannot be tolerated. However, Silverwood added that Robinson was devastated and ’embarrassed’.

“What should have been one of the greatest days of Ollie’s career didn’t end up well for him. It was disappointing for the group. It was a stark reminder for us all of the responsibilities that we hold in the position that we are in,” said Silverwood.

“There is absolutely no place in this game for any form of discrimination whatsoever. He showed a lot of remorse, he apologised publicly, he apologised to the dressing room. I think it’s been a really big learning for him,” he added.