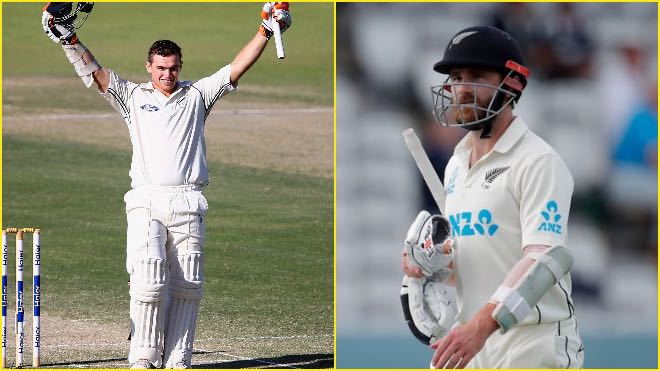 Kane Williamson ruled out of 2nd Test against England due to injury; Latham to lead

Due to elbow injury New Zealand skipper Kane Williamson has been ruled out of the Edgbaston Test against England set to be played from June 10. Tom Latham will be the stand-in captain in Williamson’s absence, while Will Young will be the replacement to bat at number 3.

Yesterday, coach Gary Stead said that Williamson’s injury status would be monitored and according to it, the decision will be made on the eve of the match.

“It’s not an easy decision for Kane to have to miss a Test, but we think it’s the right one,” New Zealand coach Gary Stead said in a statement on Wednesday.

“He’s had an injection in his elbow to relieve the irritation he’s been experiencing when he bats and a period of rest and rehabilitation will help maximise his recovery,” he added.

He also added that it is very important to give him rest before the important final against India in the World Test Championship starting from June 18.

“The decision has been made very much with the ICC World Test Championship final at Southampton in mind and we are confident he will be ready for that match starting on June 18,” he explained.

England skipper Joe Root throws the light over this concern as he mentioned that this could be a big loss for the Blackcaps but still England won’t take them lightly in Birmingham.

“He’s a big gun, No.1 in the world. He’s one of those players you spend a lot of time thinking about how you’re going to keep him quiet and get rid of him early. It will be a huge loss for them but we’re also very respectful that New Zealand have a strong squad and are involved in the WTC final because they have strength in depth,” Root said.

“We saw last week a debutant coming in and getting a double hundred. We’ve got to make sure we’re clear on our plans, clued up on whoever replaces him so we can find ways of keeping him quiet and dismissing him,” he said.

Williamson had a very terrible game in the first Test at Lord’s as he scored 13 runs in the first innings and 1 run in the second innings. As the series still needs the team to have an upper hand and Kiwis are now short of their Best Batsman of their team, so it can be an issue, but still, the series is open for both the teams and New Zealand really want to this test before moving to Southampton for the finals.