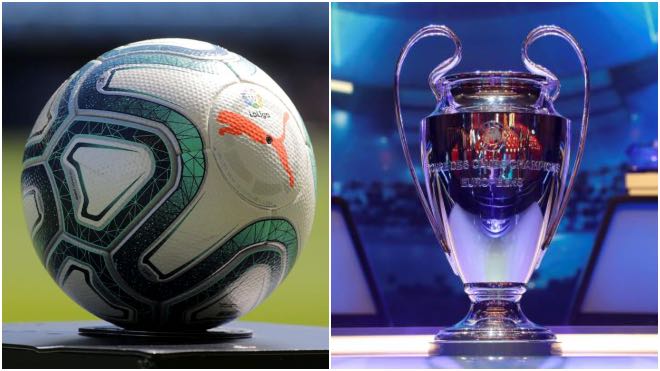 La Liga has allowed clubs to start training in groups of up to ten players from Monday, May 18. The decision comes after the Spanish Government gave a green signal to the next phase of the ‘La Liga Return to Training Protocol’ which is significantly important before the restart of the League in June.

The statement released by La Liga said, “La Liga Santander and LaLiga SmartBank clubs will be able to start group training tomorrow, May 18th, with a maximum of ten players. This is a significant step forward on the road towards restarting professional football in Spain, which has been on hold since March 12th due to the Covid-19 pandemic.”

On April 29, La Liga had allowed players to restart training individually from May 4 after the lockdown was eased in Spain.

At the announcement, La Liga president Javier Tebas said, “The start of the next phase in LaLiga’s Return to Training protocol is another step towards the restarting of the competition. It will be good to be able to set all training routines on an equal footing. Every club must have the same chance to be in good shape. It’s not essential, but it’s very important and we’re grateful that it will be like that.”

“That’s what I hope. We shouldn’t have any problems playing on Mondays across the eleven rounds of matches we have left to play. I hope for some sense from the Spanish Football Federation on this because we need to be able to give both our national and international broadcasters, and fans across the world, football on as many days as possible to ensure as little disruption as possible,” he added.

The resumption of group training sessions in Spain was laid out in La Liga’s Return to Training Protocol and agreed with the CSD (Spanish High Sports Council).

Group training may be carried out by all clubs, regardless of the de-escalation phase of the province in which they are located. All training will adopt the preventive measures laid out by the La Liga Return to Training Protocol to guarantee the highest levels of safety for everyone involved at all times.