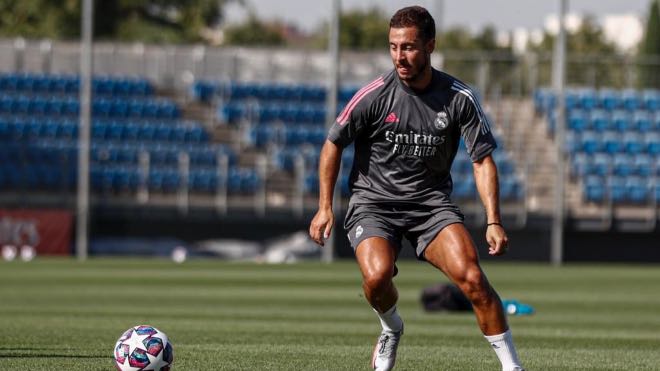 Real Madrid next big football star Eden Hazard has been struggling to captivate the fans due to the series of repeated injuries that he has incurred. Following the exit of Cristiano Ronaldo, the former Chelsea footballer was recruited as the newest member of the Real Madrid Club.

The Belgium A-Star footballer has been missing from a few of the major crucial games that left his fans further disappointed such as- his debut with the Real Madrid Club, which was impacted due to the thigh injury, followed by a series of fractures in his lower right leg.

Moreover, a wave of speculation amongst the football fanatics circulated regarding the tenure of this 29-year-old player, however, the Real Madrid Club soon dismissed the rumors by sharing the news of the leg injury that the player had incurred.

Coach Zinedine Zidane said, “He picked up a bit of a knock in training before the game. It looked like a muscle spasm but in the end, it turned out to be a bit more than that. It’s something muscular.”

He further added, “It’s nothing to do with the injury he’s had and these things happen. He’s been out for a long time. I don’t think this one will be long but I can’t tell you exactly.”

However, Hazard was backed by his colleague Zidane. In a recent interview, Zidane stated that ”He’s upset because he was (feeling) all right. But he’s had a setback and these things can happen. He’s not happy, he knows that it’s not a big thing and we have to take it easy with him. It’s a question of little time, I’m sure.”

Avoiding the frequent leg injuries, Hazard is now facing the consequences of his ignorance. However, fans across the world are anticipating and eager to see their beloved player acing the goals at the earliest.