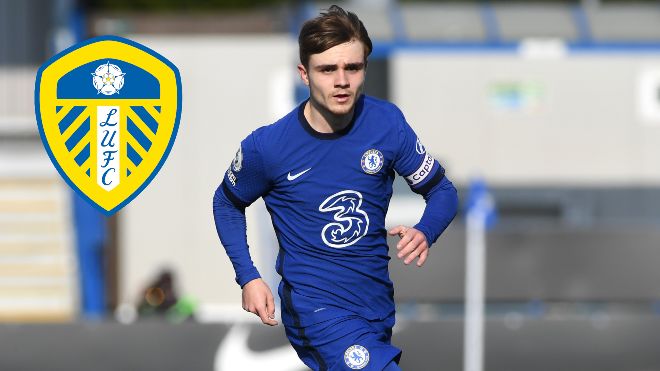 Chelsea youngster Lewis Bate has rejected a fresh contract from the club and decided to join Leeds United till 2024. The 18 years has declined Chelsea’s new offer and signed up for Marcelo Bielsa’s men.

Lewis Bate was linked with several clubs but has decided to commit his future at Elland Road. According to reports, Lewis Bate rejected to extend his contract at Chelsea because he was unsure whether first-team football would be available.

Leeds United have signed up Lewis Bate for a reported fee of £1.15 million. This is the club’s fifth signing of the summer transfer window. Up until now, they have signed Junior Firpo, Jack Harrison, Shaun McGurk and Amari Miller.

“Leeds United are pleased to announce the signing of Lewis Bate. The midfielder joins the Whites from fellow Premier League side Chelsea for an undisclosed fee,” Leeds United said on their website.

“Bate, who attracted interest from a number of clubs, has penned a three-year deal at Elland Road, running until the summer of 2024. The 18-year-old has been part of the Chelsea youth setup for the last 10 years and captained the Blues in the 2020 FA Youth Cup final,” the statement added.

“Last season he made the step up to Under-23s football, making 20 appearances as Chelsea finished runners-up in Premier League 2 Division 1. He has also won caps at youth level for England at both Under-17 and Under-18 level,” the statement said.