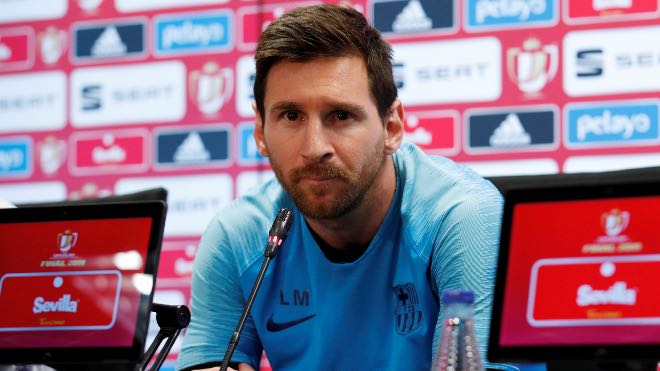 Lionel Messi to appear in a press conference on Sunday

Lionel Messi will appear in front of the media for the first time since his departure from FC Barcelona. The Argentine international will be holding a press conference on Sunday and will reveal the curtains on why he has to leave the Catalan club.

Lionel Messi and FC Barcelona have parted ways with Messi leaving as a free agent. Due to financial obstacles, an agreement for a new contract could not be reached between the player and club.

Faced with this situation, Leo Messi will no longer be linked to FC Barcelona. Both sides deeply regret not being able to meet the wishes of the player and the club.

Messi will take part in a press conference the club has revealed. He will be taking questions regarding his transfer and will be speaking to the journalists. It will give fans a clearer picture as to why he is leaving.

“On Sunday, August 8 at 12 pm, Leo Messi will give a press conference at the Auditorium 1899 at Camp Nou. It will be broadcast live on Barca TV,” the club said on their official website.

According to the latest reports, Lionel Messi’s next destination is French club Paris Saint-Germain. The Parisians have already made direct contact with Messi and his father Jorge Messi. The club is deciding on the final contract.