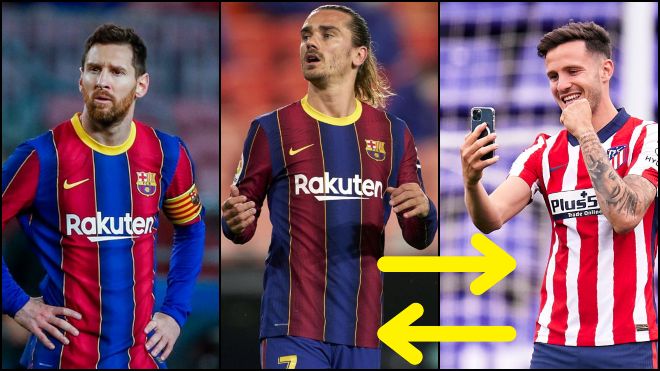 Lionel Messi to sign new contract with FC Barcelona; talks ongoing about a swap between Griezmann and Saul

Lionel Messi will sign a new contract with FC Barcelona which will allow the Argentine to stay at his boyhood club till 2026. After weeks of speculation and waiting, finally, Joan Laporta has managed to convince Lionel Messi to stay.

This news comes just days after Lionel Messi won his first international trophy with Argentina. They defeated Brazil with a goal to nil in the final of the Copa America 2021. Angel Di Maria scored the winning goal.

There has been a lot of talks about Lionel Messi finally moving to another club. Especially after Barcelona lost 8-2 to Bayern Munich last season, it was almost certain that Messi won’t spend another season at the Catalan side.

However, this year has been particularly profitable for Messi as he has performed admirably well. Firstly he won the Copa Del Rey at Barcelona and then of course the Copa America. Hence this might just give him the boost to stay for long.

Also according to reports, Messi has taken a wage cut to stay. Apparently, Lionel Messi has taken a 50% cut in order to sign a new contract. In the desperate financial situation Barcelona is at the moment this is very good news.

Initially, Lionel Messi was to sign a contract of two years but has now decided to go for a longer period of five years instead. FC Barcelona have had to make sure the terms of the contract don’t violate the La Liga financial fair play conditions.

Both clubs seem to be happy with the deal but Barcelona believes that Antoine Griezmann’s market value is higher than Saul. Hence they want a player +cash arrangement in this case.